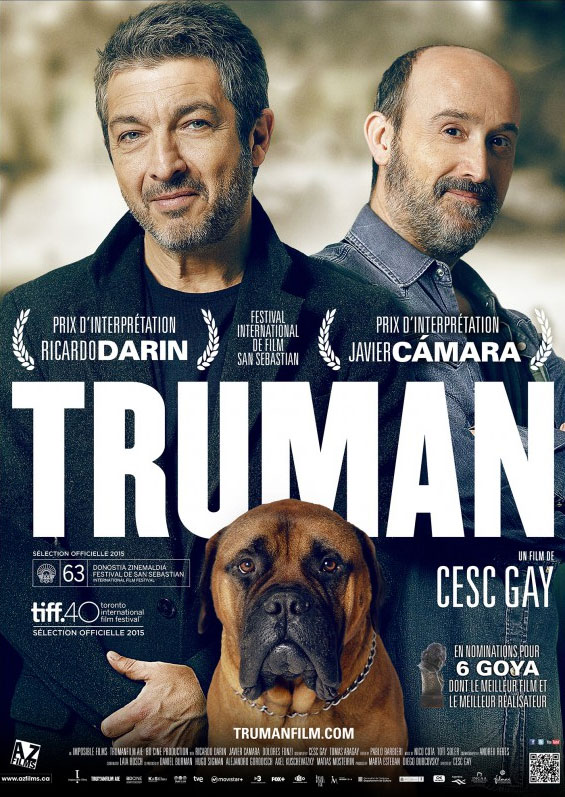 “Julián receives an unexpected visit from his friend Tomás, who is a professor and lives in Canada. Julián is a theater actor and has had cancer for a year, and his only companion now is Truman, a loyal dog. The two friends, along with Truman, share four days together. Julián reveals he is opting for assisted suicide rather than chemotherapy if things get worse. His cousin Paula and Tomás are equally disturbed by the news and they share emotional and meaningful moments during the stay-over. They try to cope with Julián’s complicated situation. Julián sends his dog with his friend and they bid goodbye after an intense confrontation.” – source: wikipedia

It was screened in the Contemporary World Cinema section of the 2015 Toronto International Film Festival and in the Official Section of the 2015 San Sebastián International Film Festival, where it was awarded the Silver Shell for Best Actor for Darín and Cámara. It won five Goya Awards, including Best Film, Best Director, Best Original Screenplay, Best Actor (Darín), and Best Supporting Actor (Cámara) – source: wikipedia