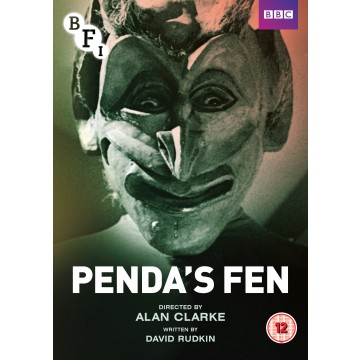 “Written by David Rudkin and directed by Alan Clarke, Penda’s Fen was first broadcast in 1974 as part of the BBC’s Play for Today series. It tells the story of seventeen year-old Stephen, a middle-class pastor’s son who has a bizarre series of encounters with angels, the composer Edward Elgar, and King Penda, the mythical last pagan ruler of England. These encounters – whether real or imagined – force Stephen to question his religious beliefs, his politics and his sexuality.

Central to Rudkin’s drama is the timelessness of the countryside and its place in the construction of ‘Englishness’. At the beginning of the play, Stephen has a solid if somewhat conservative sense of nationality defined through his Christianity, his belief in the sanctity of marriage, faith in the military, distrust of socialism and a love of the music of Elgar. His encounters, coupled with the discovery that his father’s beliefs are far from orthodox and his realisation that England has a religion much older than Christianity, compel Stephen to re-evaluate not only his own values, but also his notion of what it means to be English.” – source: BFI’s Screenonline